With almost 1.4 billion people, China is the most populated country in the world. Since the beginning of China’s reform and opening up policy under Deng Xiaoping almost 40 years ago, the country has developed from an agrarian state to the second largest economy in the world. This development has been driven in particular by the country’s rapid urbanization, as a result of which a large proportion of the Chinese people have settled in the flourishing new growth centers in China’s coastal regions. The world has never before experienced such a pronounced population movement as in China. While only just under 18% of the Chinese population lived in cities at the end of the 1970s, this figure has now risen to almost 60%, or 810 million people (source: Telegraph).

Such rapid urbanization is accompanied by major social and environmental changes. Such changes bring both new opportunities and challenges. Historically, however, urban development has been necessary to create growth and drive innovation. Rüdiger Ahrend, Head of the Cities Program at the OECD Directorate for Public Administration and Territorial Development, estimates that doubling the population of a city increases its per capita productivity by an average of 2-5% (source: IPE). Thus, the strong Chinese economic growth of the last 40 years has been favored by the influx of people into the cities. According to a study by Morgan Stanley, 75% of the Chinese population could live in cities by 2030. Most of them would then live in the new megacity clusters. For such a high rate of urbanization, Morgan Stanley predicts an average annual increase in productivity of 1.6% by 2030, which would lead to a doubling of Chinese per capita income.

However, the costs of the high economic growth and improved living conditions of many Chinese people are “urban nuisances” such as pollution or long commuting distances, which are accompanied by traffic jams (source: Xinhua). In order to overcome these challenges and control the further influx of rural populations into the cities, the Chinese government is working on new urban concepts, the so-called “megacity cluster”. These megacity clusters aim to integrate individual cities into urban regions, which, through improved transport infrastructure and connectivity among each other, should herald the next phase of urbanization and economic growth in China. In the course of this, 19 of these megacity clusters are being created. The three best-known city clusters are the Beijing-Tianjin-Hebei region (Jing-Jin-Ji), the Yangtze River Delta (YRD) with Shanghai as the main driver of growth and the Pearl River Delta (PRD) with Guangzhou and Shenzhen in the center, which together with Hong Kong, Macao and other cities in the region is called Greater Bay Area. These three megacity clusters are of great economic importance for China, as they already account for around 40% of China’s economic output (source: China Briefing).

In a new series of articles, we will examine various urban regions, starting with the Jing-Jin-Ji region around the Chinese capital Beijing. 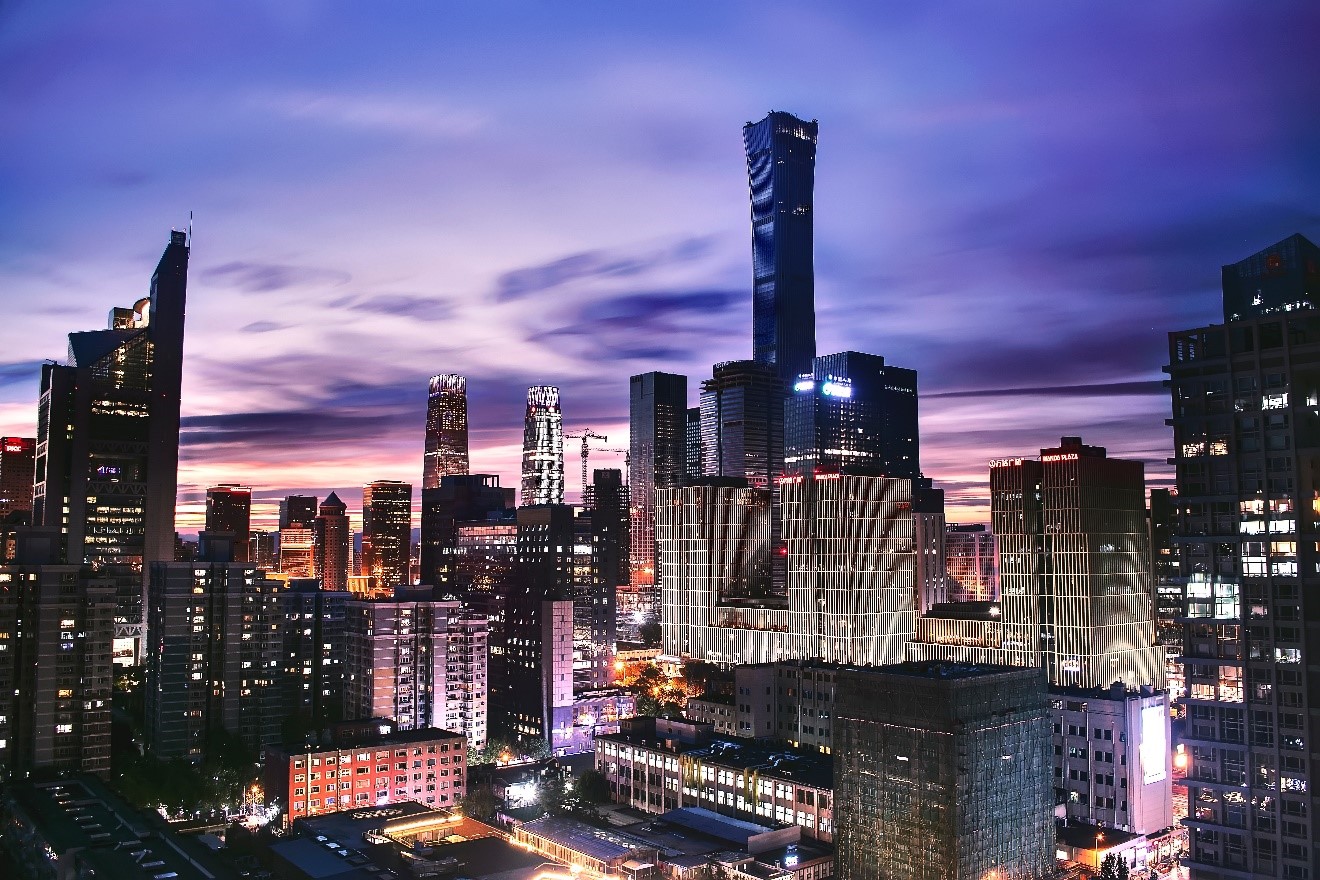 Jing-Jin-Ji is consisting of the two autonomous cities Beijing and Tianjin as well as 11 administrative units in the surrounding Hebei Province. The name Jing-Jin-Ji is composed of parts of the names of Beijing, Tianjin and the historical name of Hebei Province (Ji). The area of Jing-Jin-Ji covers 216,000 km2, or about 2.3% of China’s land area, and has a population of 110 million people, which is 7.23% of China’s population (source: Guangchun, et al.). The restructuring of the region was first announced in the Chinese 12th Five-Year Plan (2011-2015) and has gained further momentum in recent years (source: China Briefing). In the course of the restructuring of the region, authorities and industries are being redistributed within the city cluster. Subsequently, Beijing, as the capital of China, will remain the center of politics, culture and technology development, while the port city of Tianjin is set to become a production and trade hub, and municipal administration and high-quality production are going to settle in Hebei. While national authorities are going to remain in the center of Beijing, the relocation of local authorities to the Tongzhou district has been decided in 2015. It is expected that this measure will ease the housing situation in the city center, as officials and their families will also be relocated to Tongzhou. In order to better connect Tongzhou to downtown Beijing, the subway line 6 has already been extended to Tongzhou (source: WKO). In direct comparison to the YRD city cluster and the Greater Bay Area, the Jing-Jin-Ji region is the economically weakest region and accounts for 9% of China’s total economic output (source: CBRE Research). Through the integration of the regions, the Chinese north in particular will be strengthened in order to reduce inequality within the country. Furthermore, the better connectivity within the region should contribute to a greater exchange of skilled workers and the development of structurally weak areas.

Currently, the rental costs in Tianjin are almost half of those in Beijing while the average income in Hebei is only 40% of the wage levels of employees in Beijing and Tianjin (source: NBC News). Due to the large economic differences between the regions, there are concerns about the successful integration of Hebei Province. According to analysts, Beijing’s great need for resources has formed a “ring of poverty” around it, which has led to income disparities within the region rising drastically since 2005 (source: China Briefing). In order to halt this trend and to develop single regions, several cities are being assigned new competencies. As a result, Tongzhou will become the new seat of the Jing-Jin-Ji municipal government, as already mentioned above, and is expected to have 1.3 million inhabitants by 2035 (source: Xinhua).

While Tongzhou will be home to the administrative departments of the new city cluster, the newly built Xiong’an New Area is going to develop into the innovative center of Northern China. The development of Xiong’an is being promoted directly by the central government in the form of direct planning and favorable location factors, as it is defined as a “Millennium plan of national importance”. The new city is located about 100 km southwest of Beijing in a region that has so far been specialized mainly in manufacturing (source: CBRE Research). In the course of the economic reorganization of the region, the new city of Xiong’an, is going to develop into a smart city with a population of almost seven million people. Xiong’an is intended to become a location for high-tech companies and institutions that are primarily active in the fields of big data, artificial intelligence, finance and biotechnology. Initially, an area of 100 km2 is previewed for the city, which will be expanded to 200 and 2000 km2 respectively in the medium and long term. In the long term, the planners of Xiong’an are expecting an initial spark similar to the one that emanated from the Pudong economic zone in Shanghai. Xiong’an will become a benchmark for a green city development and will be characterized by environmentally friendly infrastructure. Only electric vehicles will therefore be permitted for transport within the city (source: GTAI).

Meanwhile the cities of Langfang and Shijiazhuang are going to develop into logistics centers. Langfang in particular has developed into the most important logistics location in the Jing-Jin-Ji region due to its location between Beijing, Xiong’an and Tianjin and is particularly popular for e-commerce companies and logistics providers. Shijiazhuang on the border of Jing-Jin-Ji Province, on the other hand, is developing into a supra-regional logistics hotspot and is already home to major companies such as GLP and Yupei (source: CBRE Research). 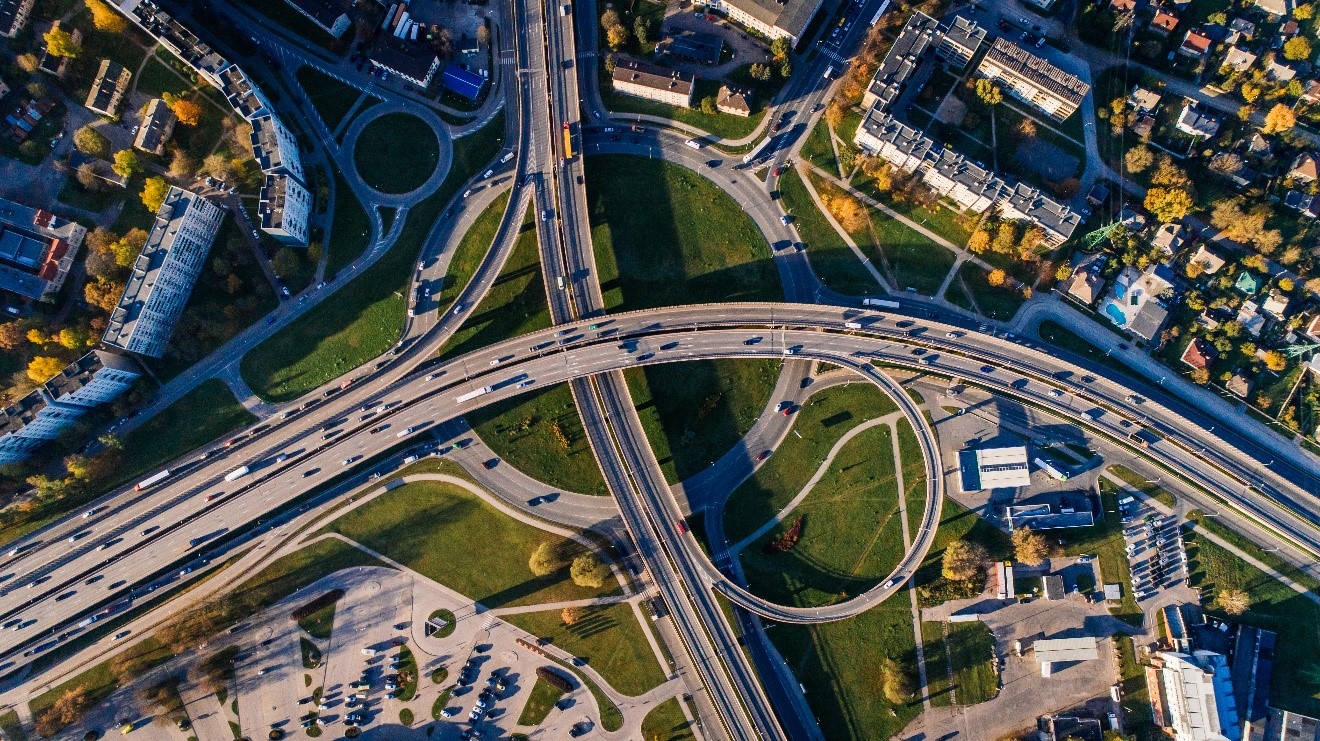 In order to improve the rail connection within the Jing-Jin-Ji region, the Beijing-Tianjin-Hebei Inter-City Railway Investment Company was founded in 2015 and a budget of 33.9 billion EUR was approved for the expansion of the rail infrastructure in 2016. By the end of 2020, around 1,100 kilometers of railway lines will have been built (source: WKO). These will be extended by a further 3,000 kilometers over the next 15 years (source: GTAI). The rail network, which will also be suitable for high-speed trains, will greatly reduce transport times between individual cities in the Jing-Jin-Ji City Cluster. The train connection between Beijing and Xiong’an can reduce travel times to half an hour, while Tianjin, Langfang and Shijiazhuang can be reached from Xiong’an within 45 minutes (source: CBRE Research). In addition, over 800 roads and highways have been upgraded (source: GTAI). The main beneficiaries of the new transport infrastructure will be residents of housing estates outside Beijing, who spend up to six hours a day commuting between their homes and workplaces. The aim is to reduce daily commuting times to 1-2 hours (source: NBC News).

Another milestone for the transport infrastructure is the recently opened Daxing Airport south of Beijing. This airport is expected to handle 45 million passengers per year from 2021 and will be expanded to 72 million by 2025. In the long term, the Chinese government hopes to develop Daxing into the largest airport hub in the world (source: GTAI). 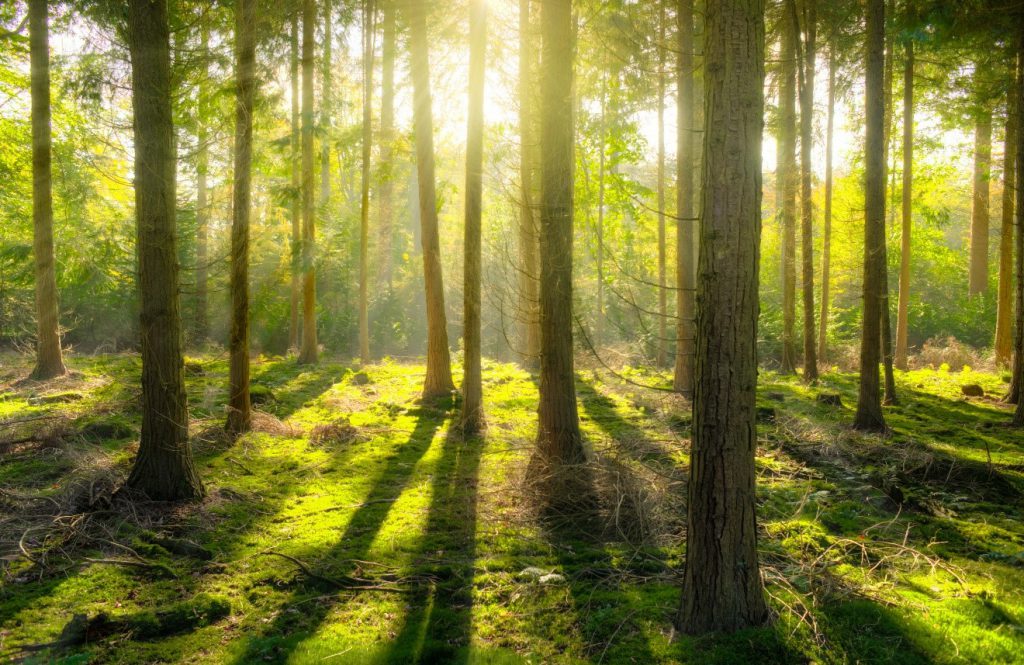 The Jing-Jin-Ji region is China’s most polluted region. Eight out of ten of the cities with the highest levels of air pollution in China are located in Jing-Jin-Ji (source: China Briefing). This is because Hebei is the most industrialized province in China and much of the industrial smog generated there moves to Beijing and the surrounding cities (source: NBC News).

According to a framework plan for the development of Jing-Jin-Ji, environmental protection has one of the highest priorities within urban integration. As a response, an area of more than 2 million hectares in the region has been planted with trees since 2014, which has already led to tangible results. In 2018, the fine dust pollution levels in 13 major cities in the region were almost 50% lower than in 2013, and the proportion of days with good air quality in the Jing-Jin-Ji region was over 50% last year, an improvement of 1.2% over the previous year. In the region as a whole, fine dust pollution levels even fell by 11.8% from 2017 to 2018 to around 60 micrograms per cubic meter (source: Xinhua).

In further steps, particularly “dirty” industries and factories will be gradually banned from Hebei Province, creating space for more efficient and cleaner industries in the high-end manufacturing and service sectors (source: CBRE Research). An advantage for the development of a clean industry in Jing-Jin-Ji will be the region’s comparatively favorable conditions for generating solar and wind energy. Due to its geographical location, Hebei has strong winds and above-average hours of sunshine (source: NBC News).

In the long term, Hebei Province is expected to become an important ecological protection zone as the Jing-Jin-Ji region develops and the capital Beijing will be surrounded by national parks and forests in the future (source: China Briefing).