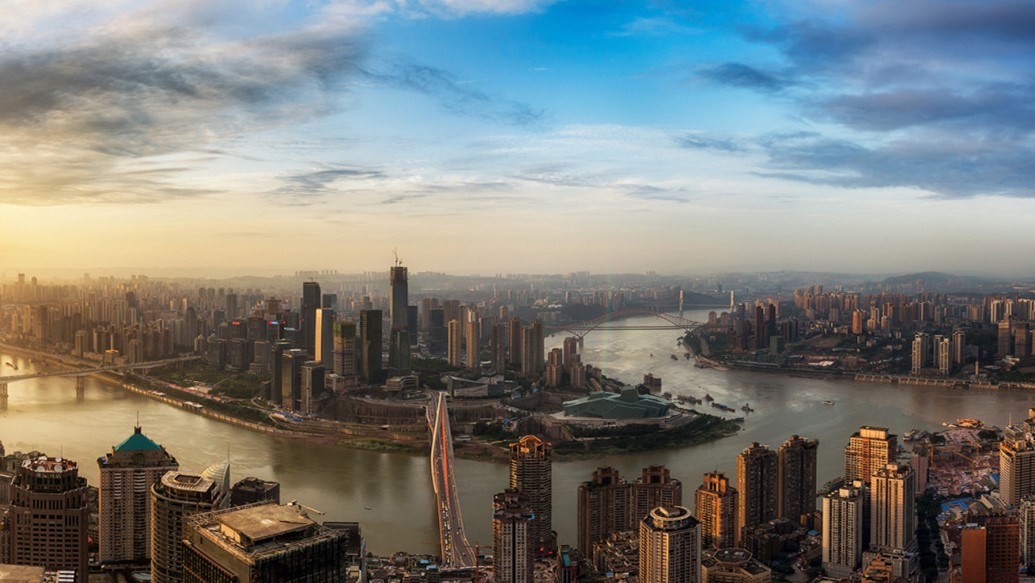 The plans for Chongqing’s Free Trade Zone were announced in 2016, three years after the unveiling of the Free Trade Zone, or FTZ, concept in China. As a type of Special Economic Zone, or SEZ, first seen in Deng Xiaoping’s “reform and opening up” of China in the early 1980s, FTZs incentivize foreign investment into the fast-expanding Chinese market.

What Are Free Trade Zones?

Both SEZs and FTZs have lightened legal requirements and fast-tracked avenues for setting up a company and streamlined custom clearances in China. But in a FTZ, businesses can import, handle, and export goods without being subject to custom duties.

Whereas China’s SEZs focus on connecting the mainland China’s economy with Hong Kong, Macau, and Taiwan, the country’s FTZs focus on the bigger international picture and play a key role in the Belt and Road Initiative.

A defining feature of China’s FTZs has been the “negative list”. This is a list of investment sectors that foreign businesses are prohibited from engaging in. For all other sectors not on the list, foreign businesses may operate as if they were a domestic company in FTZs. The “negative list” has since expanded into a nationwide policy on foreign investment and today, there exists a national negative list and a FTZ national list.

To learn more about foreign investment in China, please read our previous article about The 2020 Foreign Investment Law in China.

Since the beginnings of the FTZ policy in 2013, 13 FTZs have been established in China. While Shanghai’s Waigaoqiao Free Trade Zone was the earliest example of an FTZ in China, dating to the 90s, it became incorporated into the newly developed pilot FTZ project in 2013, part of a larger scope of FTZs as a strategic economic policy for the whole of the country. The Shanghai Pilot Free Trade Zone served as an experimental vehicle in testing economic reform and facilitating foreign direct investment.

Coming after the Shanghai Pilot Free Trade Zone, in 2015, FTZs were soon announced in Tianjin, Guangzhou, and Fujian. Seven FTZs were announced a year later in 2016, including Chongqing, and Hainan was announced in 2018.

In light of the Sino-US trade war, during the 2019 G20 summit talks, China announced six new FTZs, signaling it will ramp up economic competitiveness on the world stage. China now has established FTZs in 18 regions, with more regions and extra zones in the pipeline. In addition, across the established FTZs, the negatives list has also been shortened to allow for further foreign investments into a wider scope of industries. 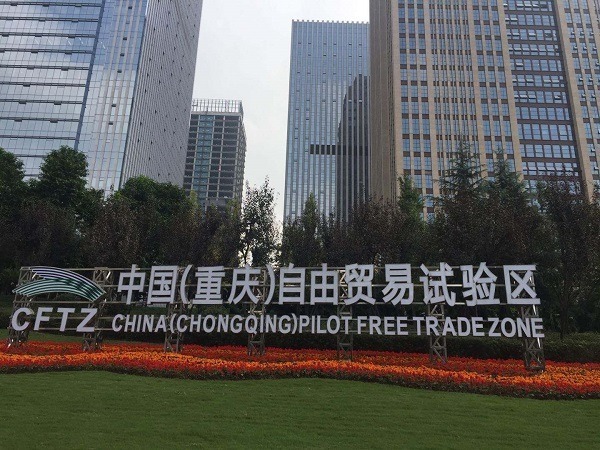 The Chongqing FTZ was officially launched on April 1 of 2017, one year after it was announced. The Chongqing FTZ comprises of three districts, Xilong, Guoyang, and Lingjiang, encompassing 119.98 k㎡of land in total.

Situated in Central China, Chongqing is an important inland port for China. Its central location makes it crucial for Chinese logistics and it serves as a strategic hub for China’s future economic development direction. Chongqing’s location as the start point of the China Railway Express (Chongqing-Xinjiang-Europe) cements Chongqing’s importance as a logistics keystone for China’s foreign trade policy, connecting the Belt and Road to the Yangtze River Economic Belt while advancing the Western Development initiatives of China.

The three districts that make up the Chongqing FTZ each play a different specialized economic role. Xilong is set up as an industrial park dedicated to microelectronics manufacturing, accelerating Chongqing’s role in high-technology manufacturing in China. The Lingjiang new area is the centre for new technology and biotechnology, developing region’s emerging medical industry. Guoyang, as an inland port, serves as the region’s multimodal logistics hub.

The Chongqing FTZ contains the only trademark examination cooperation centre in the west of China. This centre allows businesses to shorten their start-up time to less than three working days, with the government setting up a maximum limit of 5.3 days for the process. In addition, the Chongqing FTZ offers 144-hour visa free transit, tax refunds, and more straightforward foreign exchange settlements for income.

As of 2021, all 151 pilot reforms from the original plan have been implemented for the Chongqing FTZ. Four years into the FTZ pilot project in Chongqing, the zone has been a success. According to figures from IChongqing, while the Chongqing FTZ only makes up 0.1% of Chongqing’s land area, it accounts for 70% of Chongqing’s import export and 40% of its foreign direct investment. There are now 3.5 times more new market entities in the Chongqing FTZ than before it was established. Those operating in the logistics, IT, software, and tech services industry account for over 75% of the 50,000 new businesses.

The Chongqing FTZ serves as the model for the development and opening up of cities in Western China, most of which are historically underdeveloped economically compared to their coastal counterparts. Following the Master Plan for China (Chongqing) Free Trade Zone released in 2017, the Chongqing FTZ will continue to optimize its legal environment for businesses and expand its logistics capabilities to fit its pivotal role in connecting the ambitious Belt and Road Initiative with China’s heartland Yangtze River Economic Belt.

What other FTZs in China deserve a closer look? In 2018, China announced a Free Trade Port planned for Hainan, famous for its tropical climate and international tourism. Hainan will be the largest FTZ by area in China once it is established, encompassing the entire island/province. Why has been picked by the government as the site of the first Free Trade Port in China? Find out in our next article: Hainan Free Trade Port