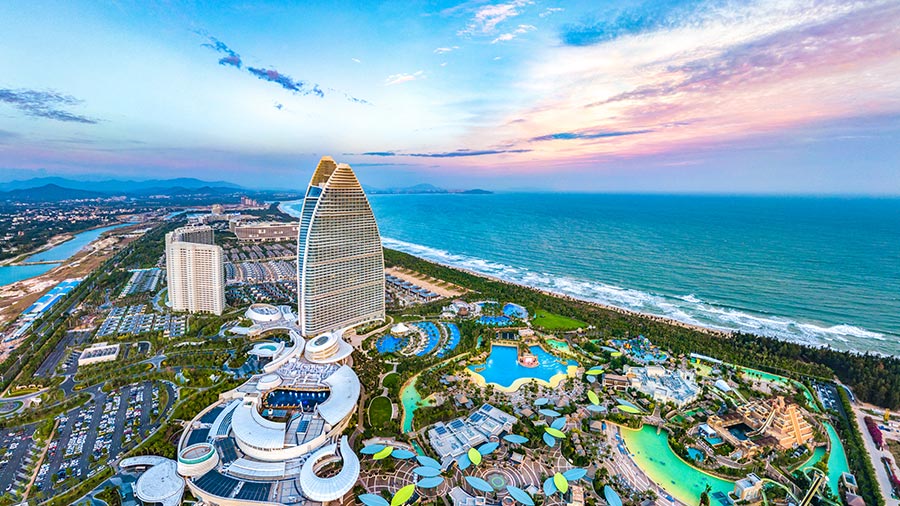 In the last article, we introduced China’s Free Trade Zones, or FTZs. Today we’ll be exploring the special FTZ of Hainan, unveiled in 2018, which in 2020 has been announced as the site of China’s only Free Trade Port, or FTP.

An island province in the South of China, Hainan covers an area of 35,000km2, twice the size of San Francisco’s Bay Area. This makes Hainan China’s largest FTZ by area. A popular domestic tourist destination within China, Hainan has mostly been known for its sandy beaches and resort-lined coast.

Hainan was one of the first Special Economic Zones, established in 1988. However, compared to the rest of China’s coastal provinces, Hainan lags behind significantly in economic development. According to 2020 figures from China’s National Bureau of Statistics, Hainan’s GDP ranks 28th out of China’s 31 provinces, sitting at 80.31 billion USD, comparable to that of Sri Lanka. Relatively unindustrialized, its economy is mainly based on tourism and natural resource extraction.

China’s FTP plan for Hainan seeks to alleviate this issue by tapping into the strategic economic potential of Hainan’s location. Situated at the southernmost tip of China in the South China Sea, Hainan provides China with a nexus to the rapidly emerging economy of the ASEAN region, playing an important role in developing the “Maritime Silk Road” for China’s Belt and Road Initiative.

As laid out in the master plan for the Hainan FTP released in June 2020, the tree trade port will be established in Hainan by 2025, with mature development by 2035.

For the first phase of the FTP development, certain imported goods will be exempt from tariffs. As of December 2020, the first zero tariff list has already taken effect, with a list of 169 products including coconut, coal, raw chemicals, and components for aircraft and ships. In the second mature development phase starting 2025, all goods except those on a negative list will be exempt from tariffs.

The goal for the Hainan FTP is building a world-class business environment similar to other international FTPs like Hong Kong and Singapore. According to a CTGN interview with Fu Xuanchao, deputy to the National People’s Congress and director of Hainan Provincial Development and Reform Commission, building a “predictable” business environment is the key to the project’s success: “’Predictable’ means a businessman knows what can and what cannot be done, how long it will take, and which government body is taking charge. That’s the most important (thing) for a transparent business environment.”

As seen from the timeline for development, the Hainan FTP will be a long-term project. The Hainan provincial government will be given more autonomy to pursue economic policies and set laws and regulatory systems, streamlining the economic liberalization process for the FTP and making it more flexible in the face of challenges. 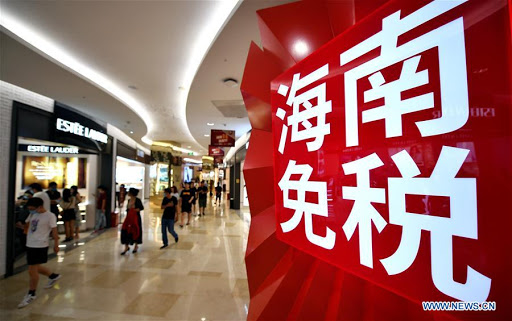 The Hainan FTP presents some promising opportunities for both foreign and Chinese companies through its various incentives. With the FTP being China’s plan to fully develop the potential of Hainan’s lagging economy, many policies are aimed at optimizing Hainan’s existing tourism industry. Aside from that, the policies also take on a more holistic view of developing other potentials for Hainan’s tech, service, and retail industry.

As a draw for Hainan’s tourism industry, the Free Trade Zone will institute a free 30-day visa-free stay for cruise travelers from 59 countries. This will allow tourists free movement within Hainan for the duration of their stay.

To attract business development on the island province, the Hainan FTP has the smallest foreign investment negative list in the country. It contains only 27 items, compared to the Free Trade Zone list of 30 and the national list of 33, a result of removing restrictions on foreign investment in mining, agriculture, and manufacturing. This move has doubled the foreign investment utilization in Hainan from $1.5 billion in 2019 to $3 billion in 2020, according to a 2021 report from the Hainan provincial department of commerce.

To drive the direction of Hainan’s economic development, according to Can Shui 32 (2020) from the Ministry of Finance, enterprises registered in the Hainan FTP operating in encouraged industries are given a reduced corporate income tax, or CIT, of 15%, compared to the Chinese statutory CIT of 25%. In addition, income from foreign direct investment in tourism, service, and tech is exempt from corporate income tax.

For individuals, Hainan FTP will lower the bar for getting a residence permit for foreign workers. The individual income tax for “high end” and “urgently needed” talent is also capped at 15%. These policies aim to attract foreign talent to build up the Hainan economy with an internationally competitive labour market.

The FTP proposal also aims to establish Hainan as an international shopping destination, rivaling that of neighbouring Hong Kong. The quota for duty-free shopping extended from RMB 30,000 to RMB 100,000 per person/per year without limitation on the number of purchase since 1 June 2020. This has already attracted major players such as luxury conglomerate LVMH and duty-free giant Dufry to the island province amidst increased a doom in duty-free sales in Hainan in early 2021, driven by domestic tourism from COVID-19 travel restrictions.

Challenges Ahead for Hainan FTP

While Hainan’s FTP plans are underway and seeing success so far, it still faces some challenges in the road ahead. What should those considering doing business in the Hainan FTP look out for?

The Hainan FTP faces challenges to its success both abroad and domestically. With the COVID-19 crisis and the rise in economic unilateralism and protectionism, there is a conservative bent to international investment, potentially hampering Hainan’s growth as a newly established FTP. At home, Hainan needs to prove its competitive advantage over the close to 20 other FTZs scattered around China’s most economically developed regions.

Currently, Hainan’s relatively underdeveloped infrastructure poses hurdles to its integration with the rest of the Chinese economy. Due to its lack of industrialization, Hainan lacks factories for value-added manufacturing. As the FTP invests in construction of new infrastructure, these growing pains are set to be eased.

China’s economy has expanded significantly in the last few decades due to the explosive rise in private enterprises. Today, the strings of Chinese economic policy are pulled by both established private business interests and state interests, meaning policies always subject to a variety of forces. With the Hainan FTP given greater autonomy over its own policy, these forces will be shifted in favour of business. Reading up on current trends in China’s business and political world are absolutely necessary for any business looking to navigate the new opportunities opened up by the Hainan FTP.