One of the most renowned German business journals, Handelsblatt, published an article about Melchers. In its October 28th, 2019 issue the magazine looked back at Melchers’ long and eventful history of doing business in China. Furthermore, the author discussed the evolution of the Chinese business landscape and upcoming challenges arising for SMEs that are currently operating in China. Below you can find translated excerpts of the article. The whole piece can be found on the Handelsblatt website.

No other German company has been in China longer than the mid-sized company Melchers from Bremen. However, challenges have increased in recent years. 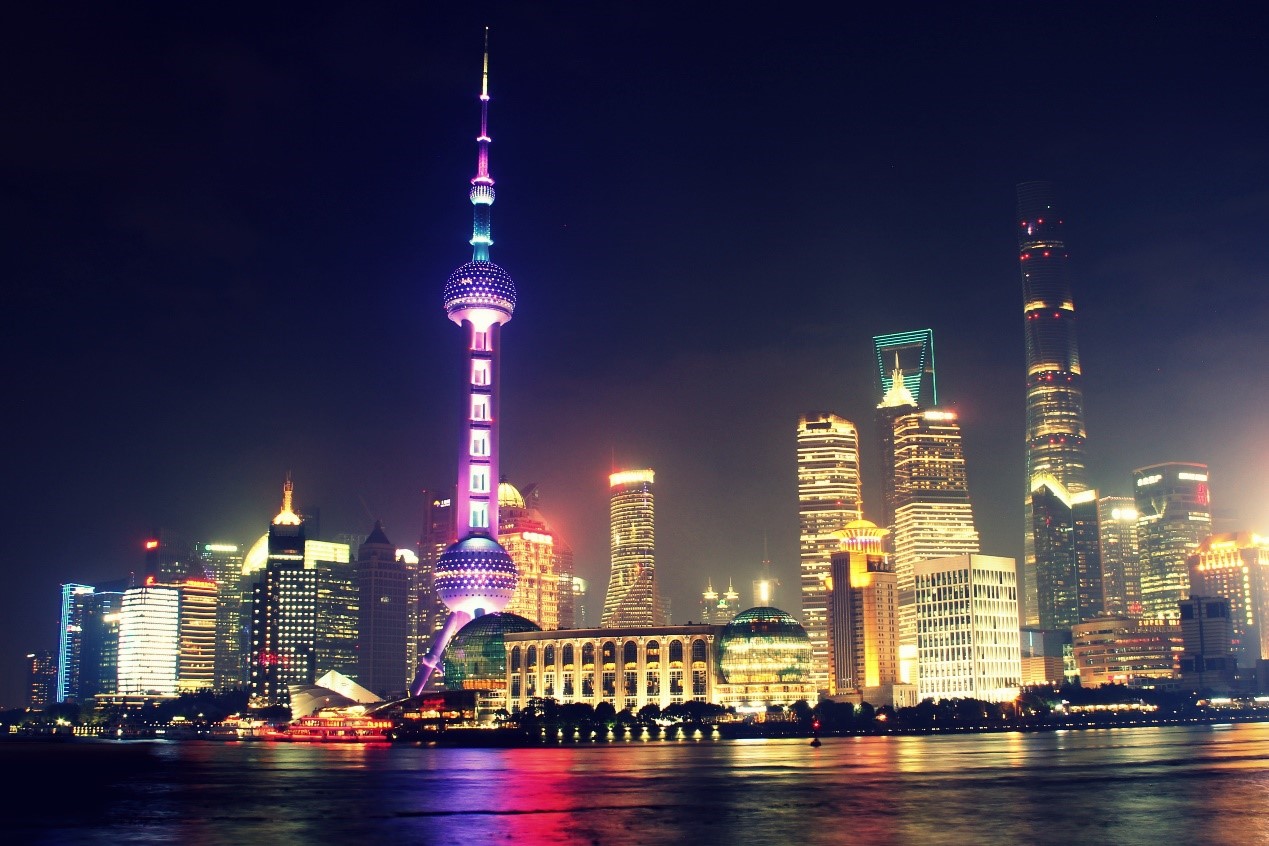 Beijing, Shanghai. Anton Melchers looks out of the window from the 12th floor of an office building in Shanghai. Vis-à-vis there is another skyscraper towering in the air, while car noise penetrates through the window. “When I first visited Shanghai in 2005, the trees down there were still seedlings,” he says, pointing at a small park. Like the trees, the high-rise buildings around have grown in height too.

China has developed at a rapid pace over the past few decades, as testified not only by the huge metropolitan cities that have sprung up all over the country. The formerly isolated developing country has evolved into the second-largest economy in the world.

Melchers was present for all the ups and downs in the Chinese history. For just over a year the 38-year-old Anton Melchers has been the head of Melchers` Chinese branch, headquartered in Shanghai. Melchers is not just any company – it is the oldest German company that is still active in China today.

Melchers’ business model has changed in the course of time. In recent decades, the company operating in the People’s Republic has largely abandoned the classic exporting business from its early years. Today, the company from Bremen is specialized in supporting enterprises that want to be active in the Chinese market but do not want to run their own offices.

Melchers considers itself as a service provider and takes care of marketing and sales of German and Swiss mid-sized companies, especially in mechanical and plant engineering. Today, the German company employs over 220 people in China and 1700 worldwide. In 2018, the group generated a total turnover of around 600 million euros.

Already in the 19th century, Anton Melchers’ ancestor Hermann Melchers opened a Branch of the company in Hong Kong. The company today is one of the oldest members of the Hong Kong chamber of commerce. “We would like to inform you that today we have established ourselves in this port as general and contract merchants under the name of Melchers and Co.,” is written in cursive handwriting in a circular dated August 1, 1866.

The history of Melchers is also a reflection of how the Chinese market has evolved for western companies and to what political upheavals they have been exposed to over and over again. Several times the company left the country because the political situation had changed.

[…] The company from Bremen maintained its contacts in the country. And Melchers always kept coming back after a short time. Today around 5200 German companies are represented in China – 67 percent of them are SMEs such as Melchers with fewer than 250 employees in China.

In the first decades, the company mainly exported products such as animal skins, cotton or seeds. An old painting of a merchant ship hanging in the office of Anton Melchers still testifies to this time. At the beginning of the 1980s, the Bremen-based company was the second German company to open a liaison office in Beijing. At that time the capital was already a metropolis with millions of inhabitants, but rather looked like a large village. 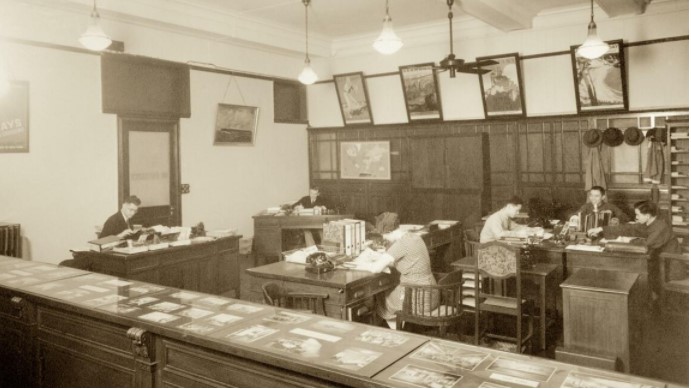 The German company is active in China since 1866.

“The sidewalks were deserted at 9:00 pm,” recalls Matthias Claussen, partner at Melchers, who was on-site at the time and helped to build up the business in China. At the time, there were so few foreign companies in China that all representatives fitted into one hotel in Beijing which is located not far from Tiananmen Square. Those who wanted to know who was in the city sat down in the lavishly marbled hotel lobby and waited to see who had arrived on the weekly flight from Zurich.

According to the Chinese ministry of commerce, there are 960,000 foreign companies represented in China today. And the competition from Chinese competitors has also increased heavily.

“In the past, German companies had a great technological advantage when they entered the Chinese market,” says Jens Hildebrandt, Delegate & Chief Representative of the Delegation of German Industry & Commerce in Beijing to the Handelsblatt. “That is no longer the case. Today, it’s about keeping up with the Chinese competition, when it comes to innovations.”

And something else has changed, Stefanie Schmitt from the German business development corporation GTAI in Beijing observed: “In the past, smaller companies were welcomed more openly by authorities and state representatives,” says Schmitt. Today, at least in large cities like Beijing or Shanghai, this is no longer the case. “Mainly the large German companies are wanted there,” says the China expert.

The search for personnel has also become more difficult, especially for medium-sized companies. “A few years ago, it was more attractive for most Chinese employees to work for a Western company,” says Schmitt. Today, the rankings of the most popular employers in China largely include Chinese companies.

“German companies are in more intense competition with local enterprises in order to keep up,” Anton Melchers also observed. “At the same time, the legal requirements for companies are increasing. An example of this is the Corporate Social Scoring System.”

Recently, the European Chamber of Commerce in Beijing published a study warning against the rating system that the Chinese government is currently setting up. The aim is to strengthen controls on compliance with laws.

Many companies complain that the system is opaque and that it is unclear how the ratings come about. They fear that they could be penalized arbitrarily or by mistake. GTAI expert Schmitt is particularly concerned about mid-sized companies which have fewer resources to deal with the potential impact of the rating system.

And there is another problem that German companies are also experiencing: Chinas growth is slowing down. According to the Chinese statistical office, the gross domestic product grew by only six percent in the third quarter – the lowest growth rate in 27 years. And at present, it does not look as if China will be able to return to earlier growth rates. 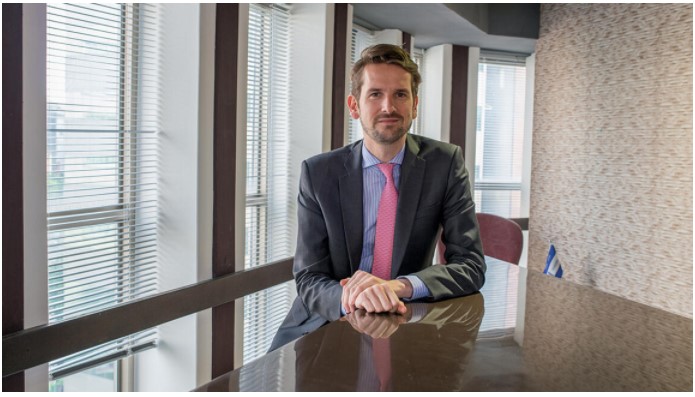 The competition from local companies has become greater in China.